Forklift Components: Forklift is a small industrial vehicle, having a power operated forked platform attached at the front that can be raised and lowered for insertion under a cargo to lift or move it. Forklifts serve the needs of various industries including warehouses and other large storage facilities.

Locating the common parts of a forklift is vital to make certain that your operators are reliably using equipment as intended in a safe manner. The following list of forklift terminology will help to ensure all associates are prepared to use the equipment effectively and identify the forklift parts that require the attention of a maintenance technician.

Forklifts are powered by electric battery or combustion engines. Some Forklifts allow the operators to sit while driving and operating the machine while others require the operator to stand. It is being extensively used throughout the industry for transporting materials and goods.

If you could list the most essential forklift components, what would they be? Every part of a forklift is “important” in some way, but which ones really stand out? Certain forklift parts and functions are designed to maintain the safety of the equipment and to help prevent malfunctions that can lead to severe accidents.

Tires: There are many types of tires available, both for indoor and outdoor use*, but not all tires are made the same. It is important to consult with a tire expert who can make sure that the correct rubber compound and traction pattern are used. Then you must check to make sure you are not being sold recycled tires or cheaper versions made overseas.

Truck Frame: is the base of the machine to which the mast, axles, wheels, counterweight, overhead guard and power source are attached. The frame may have fuel and hydraulic fluid tanks constructed as part of the frame assembly.

Cab: is the area that contains a seat for the operator along with the control pedals, steering wheel, levers, switches and a dashboard containing operator readouts. The cab area may be open-air or enclosed but it is covered by the cage-like overhead guard assembly. When enclosed, the cab may also be equipped with a cab heater for cold climate countries along with a fan or air conditioning for hot weather.

Overhead Guard: is a metal roof supported by posts at each corner of the cab that helps protect the operator from any falling objects. On some forklifts, the overhead guard is an integrated part of the frame assembly.

Tilt cylinders: are hydraulic cylinders that are mounted to the truck frame and the mast. The tilt cylinders pivot the mast backward or forward to assist in engaging a load.

The mast is driven hydraulically, and operated by one or more hydraulic cylinders directly or using chains from the cylinder/s. It may be mounted to the front axle or the frame of the forklift. A ‘container mast’ variation allows the forks to raise a few meters without increasing the total height of the forklift. This is useful when double-loading pallets into a container or under a mezzanine floor.

Carriage: is the component to which the forks or other attachments mount. It is mounted into and moves up and down the mast rails by means of chains or by being directly attached to the hydraulic cylinder. Like the mast, the carriage may have either rollers or bushings to guide it in the interlocking mast rails.

Load Back Rest: is a rack-like extension that is either bolted or welded to the carriage in order to prevent the load from shifting backward when the carriage is lifted to full height.

The forks are long extensions (like arms) that are attached to the carriage. They are used to support the load from the bottom. They come in a variety of widths and adjust from right to left on the carriage.

Attachments: may consists of a mechanism which is attached to the carriage, either permanently or temporarily, to help in the proper engagement of the load. A variety of material handling attachments are available. Some attachments include side shifters, slip sheet attachments, carton clamps, multipurpose clamps, rotators, fork positioners, carpet poles, pole handlers, container handlers and roll clamps.

Power Source: may consist of an internal combustion engine that can be powered by LP gas, CNG gas, gasoline or diesel fuel. Electric forklifts are powered by either a battery or fuel cells that provide power to the electric motors. The electric motors used on a forklift may be either DC or AC types.

What are the three major parts of a forklift?

The three major parts of a lift truck are the body (truck), overhead guard, and hydraulic lift.

What are the prongs on a forklift called?

Forks, Also known as the tynes, the forks on a forklift are used to make direct contact with a load for transport. They are attached to the forklift carriage and are designed to carry a load from the bottom.

What are forklifts made of?

The technological advances in the forklift have made the forklift truck one of the most vital components of today’s speedy material handling industry. The welding robots used to assemble these forklift trucks are top-notch and produce an incredibly sound structure. First, the body is constructed from steel and painted.

What is the mast on a forklift?

Also referred to as an ‘Upright’, the mast is the vertical assembly on the front of the forklift that does the work of raising, lowering, and tilting the load. Most masts are ‘three stages’ meaning there are three channels on each side.

How heavy is a forklift?

Also referred to as an ‘Upright’, the mast is the vertical assembly on the front of the forklift that does the work of raising, lowering, and tilting the load. Most masts are ‘three-stage’ meaning there are three channels on each side. The channels are similar in appearance to I-Beams.

FOR MORE INFORMATION: visit the pages of selected advertisers… Thank you. May 2020 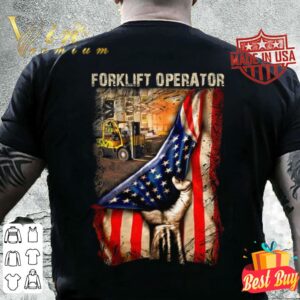 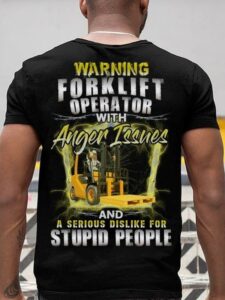 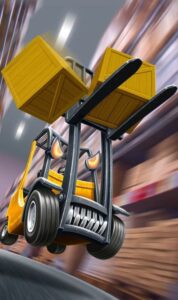