Port cranes have been from very remote times essential elements for a multitude of human activities that, without their help, would have been impossible to carry out, because of the possibility they offer to handle heavy loads.

This is very evident in the work of the port cranes, capable of carrying out the loading and unloading of containers and all kinds of goods transported in cargo ships, which has meant a huge advance in international trade.

… the idea becomes a machine that becomes art …

The speed in the loading and unloading processes increases with the automation of the equipment and load rigs.

Independently of the model of port cranes that are used, the assembly in the same ones of automatic equipment supposes an important help for the work of loading and unloading in the port.

The advantages granted by its ability to hook and unhook the loads remotely, thanks to its magnetic system that attracts the sling or ring correctly to make the coupling, adds the increase in productivity and safety that brings in the work port

Many shipyards use large gantry cranes to build boats and boat parts. Gantry cranes consist of long booms that extend between two support legs and one or more hoists that travel along with the boom.

Support legs travel along the ground, allowing large parts and modules to be taken from the dock and installed on ships that are under construction on water.

Naturally, there are many types of port cranes and the unstoppable march of technology and its advances imply continuous improvements that facilitate the transport of goods by sea.

The mechanisms and equipment used by these cranes are very varied, with pulleys, counterweights, wheels or rails. Its own structure depends on the specific port location where it must be managed.

Thus, the traditional tower cranes have been losing ground to other more innovative and practical models, such as the so-called gantry cranes.

Its name comes from its peculiar form, since they consist of an elevated bridge joined to a species of giant legs in both ends, with what they create an arc.

They can move the loads both horizontally and vertically and move on rails, being able to raise loads close to 15 tons.

On the other hand, the so-called semi-arctic cranes remain attached to rails by only one of their paths, while the other carries out the displacement by wheels. It offers the possibility of doing work both indoors and outdoors.

The gantry crane or container crane is a typical heavy-duty crane, widely used in ports and docks for loading and unloading shipping containers and moving the container stack in container terminals.

The ports are one of the pillars within the international commercial dynamics, formed by an infrastructure and logistics that establish the first contact for the arrival of merchandise and people to later follow their routes to other destinations.

How can you respond to the huge volumes of cargo that generate a limited period of time in the activity of loading and unloading in ports?

Craft deck cranes are, in general, specially designed boom cranes that are mounted directly on the deck of a ship.

These types of cranes are designed to load and unload cargo from ships when loading and unloading facilities are not available on land. Many of the ship’s deck cranes use collapsible jibs, which can be raised and lowered to achieve a greater range of motion in a limited space.

The cranes of patio or mobile cranes distinguish by that can manipulate containers inside the port, as it is a truck crane, that incorporates a lateral elevator in the semi-trailer. Also called sideload

Also used for the handling of loads in the dock as the gantry truck, however, its use is more linked to rail.

It is used in both trains and trucks, leaning on the side of these as well as on the ground, to load and unload the containers laterally.

A Sidelifter is a semi-trailer built especially for this purpose, in which a set of cranes specially designed to lift and transport containers is mounted

Container handlers are described as highly efficient material handling machines that are used in many sectors of the industry.

Some of the most used machines for handling containers are the reach stacker and the container crane. Container gantry cranes are the largest and most powerful units for loading and unloading containers.

Reach Stacker, on the other hand, are faster and more efficient machines for short distances. Although they are used for the same purpose, these two machines are different and work in a different way.

Reachstacker: the reach stacker can lift, load, move and lower containers in a fast, efficient and unique way.

Container cranes on tires (RTG), their main function of these cranes is to unload containers from trucks or terminal tractors and load them in the container block or vice versa

The RTG crane has a steel structure with high rigidity and stability that allows the containers to be handled in a very precise way and without shaking in their movement, even at high handling speeds.

China’s entry into global trade and the resulting boom in volumes thanks to outsourcing and global economic emergence, the global financial crisis of 2008 that led to the first drop in container traffic in 2009, the dramatic increase in size of container ships and the emergence of Asian ports – especially those of China – as prominent players on the world stage are just some of the components that have changed the face of the global port industry.

Although it seems that air transport is widely used for the transport of goods, in fact, the figures show that international shipping companies are much more used in all international trade.

International maritime transport is the logistic process for the export and import of goods in containers by sea.

The maritime transport of goods is a foreign trade activity that consists of taking goods from one point to another by sea according to the conditions contracted.

In the main ports of the world, logistic services are offered for the construction industry, aerospace, automotive, food and beverages, fashion, home and decoration, sanitary and pharmaceutical, industrial projects, renewable energy, etc.

Once the cargo agent has reserved the space on the ship and the container through the shipping company, the exporter’s goods are loaded into the container and transported to the port of origin to be sent by international shipping to the importer at the destination.

Some figures of current maritime transport have the lowest prices in years. That’s right, according to statistics, 90% of the transport of goods in the world is done by thousands of ships crossing the seas.

Through international transport companies, we know statistics like these: The price of maritime transport has fallen by 3.8% in the last year.

Within the maritime transport, people or things can be transported. Certainly, air transport and its affordable prices have caused that nowadays, people opt for it, however, the most normal thing in the past was for people to travel by boat.

And the objects and merchandise? Almost all the food that is consumed comes to us in boats and growing demand from society has made maritime transport and its prices the most used for the transport of goods, rather than the air.

Some of the main changes that the port industry has suffered in the last decade are the increase in container traffic in ports, which has more than doubled since 2002, while the share of Chinese ports has reached 30%.

Almost a third of the TEUs handled globally correspond to Chinese ports and in terms of the totality of TEUs handled more than 75% are handled by global port operators, a significantly higher number compared to the 58% that these large firms handled in 2002 (however, in terms of equity, the figure currently reaches less than 45%).

Another change is reflected in the sizes of the vessels: in 2002 the largest service ship reached 7 thousand TEUs while currently there are 15 thousand TEUs aboard and the 18,000 TEUs are already approaching.

While some things change, some others remain unchanged. The report shows that the main players in the industry 10 years ago are still mostly the same today.

Taking the total movement of TEUs, the first places make up:

How Much Do Crane Operators Get Paid?

Is crane operator a dangerous job?

While workers face many dangers on construction sites, crane operators are often at risk for catastrophic injuries. While crane accidents aren’t always caused by negligence, more often than not, they are preventable.

Are Crane Operators in demand?

The overall job outlook for Crane or Tower Operator careers has been negative since 2004. Demand for Crane and Tower Operators is expected to go up, with an expected 1,390 new jobs filled by 2018. This represents an annual increase of 0.44 percent over the next few years.

How do cranes pick up containers?

Container yard cranes, employed to move unloaded containers from the dock and stack them in the yard. At ports that use straddle carriers, the ship-to-shore gantry cranes place containers directly on the dock. The carrier then straddles the boxes, picks them up and takes them to the yard. 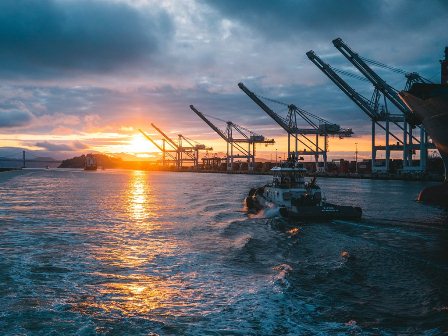 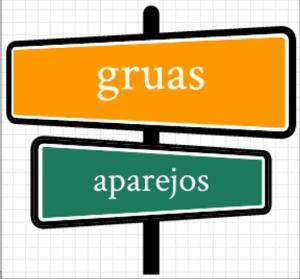 Kimi Raikkonen: ‘Leave me alone, I know what I’m doing’