The tower crane is composed of several parts that are fundamental to perform the work in the construction of a work, these parts are:

It is a metal lattice structure with a normally square section, whose main mission is to provide the tower crane with sufficient height.

Normally it is formed by lattice modules that facilitate the transport of the crane. For assembly, these modules will be joined by screws, all of which will be connected to the projected height. Its shape and dimension vary according to the necessary characteristics of weight and height.

In the upper part of the mast is the rotating are which gives the crane a 360º horizontal movement. Also depending on the model, you can have a cabin for its operation by an operator.

It is a metal lattice structure of a normally triangular section, whose main mission is to provide the crane with the necessary radius or range. It is also called a jib. Like the mast, it usually has a modular structure to facilitate its transport.

To move the specialized personnel during the assembly, revision and maintenance work along the jib, there will be a longitudinal element, a safety cable, to which the safety belt carabiner can be attached.

It is formed a robust base formed by several metal profiles, forming on them a kind of catwalk to facilitate the passage of personnel from the mast to the counterweights. The sections of the profiles will depend on the counterweights that will be placed.

They are structures of concrete prefabricated that are placed to stabilize the weight and inertia that occurs in the jib of the crane. They must stabilize the crane both at rest and in operation. Both these blocks and those that form the ballast must have identified their weight legibly and indelibly.

It can be formed by a buried shoe or by several pieces of prefabricated concrete at the base of the crane.

Its mission is to stabilize the crane against its own weight, the weight it can transfer and the adverse environmental conditions

It consists of a car that moves along the jib through some lanes. This movement gives the necessary maneuverability in the tower crane. It is metallic so that it supports the weight to be lifted.

The lifting cable is one of the most delicate parts of the crane and, to give an adequate performance, it must be used and maintained correctly.

It must be perfectly tensioned and a periodic follow-up will be carried out so that, during its winding in the drum, it does not cross over, as it would cause crushing.

The movement of the crane is controlled from the operator’s cabin. Within the cabin, you’ll find the operator’s chair with joystick controls, electronic monitoring devices, and communication systems. Many cabins come with climate control to ensure a comfortable work environment. The operator cab is part of the slewing assembly.

The slew ring drives the rotational movement of the slewing unit (jib, counter-jib, cab, and tower top). Powered by the slewing gear drive, the slew ring is fixed to a ball track and is made up of several hundred precisely machined gear teeth. The slewing ring is capable of enormous torque, yet a precise movement.

Climbing inside buildings is made possible by the bottom climbing unit. Climbing collars are used with a hydraulic power pack to lift the tower sections upward. The crane is completely supported by the structure of the building it is constructing. This leaves the lower levels of a building accessible for finish work.

Secure connections are an essential component of any tower crane. Anchor bolts must be of high tensile strength and pins and other bolts should be routinely re-torqued according to manufacturer specifications.

A tie-in secures the tower mast to a structure or framework and provides stability when the crane is under load or experiencing wind forces. The number of tie anchors is calculated by taking into account such factors as the type of crane, jib length, height under hook, and maximum out-of-service wind speed.

Parts of the tower crane that need spare parts and maintenance:

Costs vs Savings: Tower cranes are expensive, but when used properly, they can save contractors 50% of their material-handling budget. When compared to mobile cranes, a popular alternative, tower cranes offer a significantly wider radius and easier, compact placement.

For contractors who cannot afford a tower crane, these cranes are also available to rent.

Operation & Safety: Tower cranes regularly come under scrutiny due to their large size, perch, and prominence in the construction field. This scrutiny is especially heightened after accidents and other incidences. Many of these situations typically involve equipment defects, and inadequately-trained crane service personnel or operators.

Scrutiny needs to be handled proactively through safe, and informed operational procedures, like having an extra man on hand to avoid tower crane collisions when more than one crane is present. Another preventative safety measure mandates crane service personnel to be properly trained to recognize defects, damage, and other hazardous potentialities.

Most all cranes are heavy, but tower cranes are specifically top-heavy. This top-heavy structure requires precise, strong, and well-maintained anchoring to a steady foundation. In order to keep this anchoring secure, the crane operator must be well-trained and experienced, as jerk movements, side and shock loading, fast swinging, and abrupt stopping can all cause the crane, anchor, and concrete to prematurely wear due to stress.

Repair & Maintenance: Crane service maintenance and repair are often looked at as a troublesome expense when it should be considered a cost saver. If you’ve ever had a tower crane break down or been involved in an accident, then you understand why. Finding fully-trained technicians who have the knowledge to spot defects before they happen, who know which tools to use, and who can properly inspect their own welds, is much easier said than done

What is tower crane?

What is tower crane?

The tower crane is a fixed Crane and has to be mounted On-Site. The Tower Crane presents itself like a vertical metallic structure having a horizontal boom that can turn over an angle up to 360°.

What are the different types of cranes?

The tower crane is the most common in buildings. This is attached to the ground (or to some attached structure). Due to the reach and height, they can develop they are used a lot in the construction of tall structures. The lattice horizontal beam is called a feather and the vertical pillar is called a tower.

The telescopic cranes are another form of heavy cranes used to transport and maneuver objects from one place to another. The telescopic crane usually has the particularity, which distinguishes them from all others of owning a pen or also called “Jib” that inside carries more than one cylinder.

What is tower crane operator?

Tower crane operators are specialists in the construction industry who operate a specific piece of heavy machinery that lifts, transports and moves construction equipment and materials all over their construction site

How much do high rise crane operators make?

In 2017, the Bureau of Labor Statistics indicated that the average, annual crane operator salary was $55,500. Experienced crane operators that are working on large-scale projects may make as much as $84,250. Most experience is gained at a construction site.

Is being a crane operator dangerous?

And even though crane accidents aren’t always caused by negligence, more often than not, they are preventable. While workers face many dangers on construction sites, crane operators are often at risk for catastrophic injuries.

Who is crane operator?

A Crane Operator’s primary responsibility is moving objects from one place to another using one of many types of cranes. Crane Operators may be employed by a company or operate as independent contractors, using their own equipment. 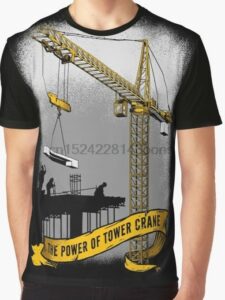